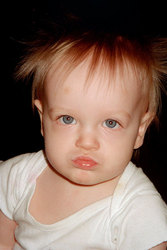 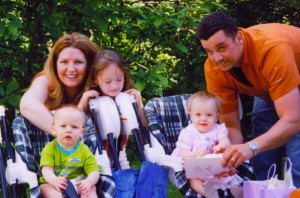 The CPSC has long recognized window covering cords as a hidden strangulation and asphyxiation hazard to children and continues to identify it on its website as one of the “top five hidden hazards in the home.” Due to the documented and persistent hazard that cords on window coverings pose to children, the petition filed today specifically asks the CPSC to prohibit accessible window covering cords when feasible, and require that all cords be made inaccessible through passive guarding devices when prohibiting them is not possible.

A strong mandatory standard to address the hazards posed by corded window coverings is necessary because, according to data from the CPSC, 293 children have been killed or seriously injured by accessible window covering cords between 1996 and 2012, and the rate of injuries and deaths has not been significantly reduced since 1983[1], despite six industry attempts at developing adequate voluntary standards.

“We urge the CPSC to take strong action to prevent children from being injured or killed as a result of being strangled by the cord of a window covering. The CPSC must issue mandatory standards requiring cords to be made inaccessible or manufactured with passive guarding devices,” stated Linda Kaiser of Parents for Window Blind Safety. “As long as manufacturers are allowed to sell unsafe window coverings, young children will be injured or killed because of the cords of those window coverings.” Linda Kaiser and her husband Matt formed Parents for Window Blind Safety in 2002, after their daughter, Cheyenne Rose, died as a result of being strangled by a window blind cord.

The petition documents how the voluntary standards process, starting from the first standard in 1996 and including the most recent standard in 2012, has failed to eliminate or even significantly reduce the risk of strangulation and asphyxiation by window covering cords to children—an elimination that CPSC Chair Inez Tenenbaum has previously requested.[2]

“Every voluntary standards process for window coverings has resulted in a standard that has failed to address approximately 40% of the injuries and deaths caused by window covering cords,” stated Rachel Weintraub, Legislative Director and Senior Counsel with Consumer Federation of America. “Feasible and cost-effective designs that eliminate the risk of window cord strangulations already exist, but the voluntary standard does not require their use. This continuing failure, coupled with on-going resistance by the window covering industry to make cordless window coverings the industry norm, indicates that mandatory action by the CPSC is needed to prevent further needless deaths and injuries.”

In addition, the petition explains that these deaths and injuries can be eliminated by designs that already exist:

“It is only by designing the window coverings so that cords are not accessible to children that true safety can be achieved. Given the failure of the window coverings industry to adopt an effective voluntary standard, a mandatory rule by the CPSC to eliminate accessible cords is necessary.” stated Carol Pollack-Nelson, Ph.D. of Independent Safety Consulting.

Consumer Federation of America is an association of nearly 300 nonprofit consumer organizations that was established in 1968 to advance the consumer interest through research, advocacy, and education.

Parents for Window Blind Safety is a non profit organization that supports parents whose children have been seriously injured or killed by dangerous cords, educates consumers about the dangers of accessible window covering cords in homes, daycare facilities, and military housing, helps create safer standards in the industry, encourages innovation of safer products in the industry, and tests window covering products for safety.