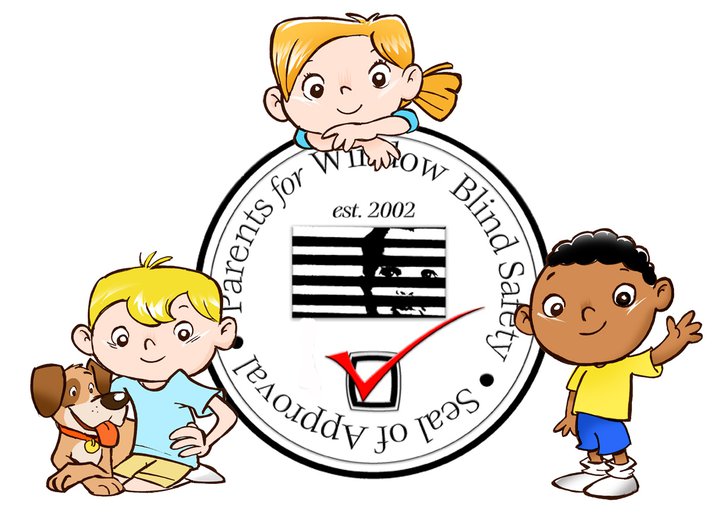 Earlier this year, in just twenty two days, four children strangled to death from cords on a window covering: a 6-year-old girl in Maryland on February 8th; a 3-year-old girl in Texas on February 15th; a 4-year-old boy in Georgia on February 17th; and a 2-year-old boy in Maryland on March 1st. Each of these children died after the cord of a window covering strangled them. In 2014, alone, we are aware of 7 deaths and 1 serious injury. These tragic incidents contribute to the already long list of 285 deaths and serious injuries caused by these products between 1996 and 2012. CPSC staff also estimates that from 1996 through 2012, 1,590 children received treatment for injuries resulting from entanglements on window covering cords.

“There are no words to describe what it is like to find your beloved child dangling, lifeless, with a window blind cord wrapped around their neck,” stated Erica and Stephen Thomas, parents of two-year-old Cormac Thomas who passed away in March due to asphyxiation from a window covering cord. “We have the opportunity to prevent this tragedy from striking any other family: CPSC must move forward with this petition.”

The CPSC documents that an average of 11 children die and 6 children suffer injuries, including serious injuries such as permanent brain injuries, from strangling in loops formed from the cords on window coverings each year. The rate of injuries and deaths has not been significantly reduced since 1983,[1] despite six industry attempts at developing voluntary standards.

“We applaud the CPSC staff for recommending that CPSC take action to protect children from the hazards posed by accessible cords on window coverings. Children are dying on products that comply with the current safety standard. It is critical that CPSC finalize a strong mandatory standard as soon as possible,” stated Linda Kaiser, founder and president of Parents for Window Blind Safety. Linda Kaiser and her husband Matt formed Parents for Window Blind Safety in 2002, after their daughter, Cheyenne Rose, died as a result of being strangled by a window blind cord.

Due to the consistent death rate, the failure of the voluntary standards to address the hazard, and the existence of products and technology in the marketplace that can prevent this hazard, Consumer Federation of America, Parents for Window Blind Safety, Kids In Danger, Consumers Union, Independent Safety Consulting and other organizations filed a petition with CPSC on May 23, 2013, requesting that the CPSC promulgate a mandatory standard that prohibits hazardous accessible operating cords on window coverings. The petition documented the failure of industry to rein in this hazard despite their knowledge since 1983 that infants and young children were strangling on accessible window covering cords at a rate of 1 or more per month. Furthermore, the voluntary standards process, starting from the first standard in 1996 and including the most recent standard in 2012, has repeatedly failed to eliminate or even significantly reduce the risk of strangulation and asphyxiation by window covering cords to young children. As a result, future generations of children continue to be at risk of strangling on household window cords.

Today’s recommendation by CPSC staff confirms the need for a strong mandatory standard to protect children from this hazard. “A strong mandatory standard by the CPSC is necessary to protect children. For almost 20 years, the voluntary standard has failed to address the strangulation posed to children and children have been killed and seriously injured as a result. The CPSC’s staff recommendation to grant our petition is an important and necessary step that begins CPSC’s rulemaking process to address the hazard that cords on window coverings pose to children,” stated Rachel Weintraub, legislative director and senior counsel at Consumer Federation of America.

Ellen Bloom, director of federal policy and the Washington Office of Consumers Union, the advocacy arm of Consumer Reports, said, “This is encouraging news, and it’s been a long time coming. For years, the CPSC and safety advocates have pressed window covering manufacturers to eliminate the strangulation risks for children. We need a mandatory standard to ensure that window blinds, shades and other covers are safe. Consumer Reports has reported extensively on the dangers, the recalls, and the tragedies surrounding window cords, and we’re very pleased that the CPSC staff is recommending that the Commission move forward on our petition.”

“Kids and cords don’t mix. CPSC staff has now taken an important step to eliminate this hazard from our homes,” stated Nancy Cowles, executive director of Kids In Danger. “We urge all stakeholders to participate fully to move to a final standard as quickly as possible to prevent more deaths.”

The CPSC has long recognized window covering cords as a hidden strangulation and asphyxiation hazard to children and continues to identify it on its website as one of the “top five hidden hazards in the home.”

“We are pleased that the CPSC staff has recommended that the agency take decisive action to reverse the trend of too-many deaths and injuries to children caused by the cords on window blinds,” said Christine Hines, Consumer and Civil Justice Counsel, Public Citizen. “The move provides strong evidence that voluntary standards can be less about safety and more about industry’s own costs, plans and willingness to act. A strong, evidence-based mandatory standard has long been needed to address this dangerous issue.”

Significantly, products and technology already on the market can protect children. Window coverings that eliminate accessible, hazardous cords are available, add minimum costs to the manufacturing of blinds, and can be used on the vast majority of blinds and shades. In addition, designs that render the pull cords of window coverings inaccessible have been available since the 1990’s but were never sold in the marketplace because the CPSC allowed separated cord tassels to serve as a compliant design.

“A mandatory standard that prohibits the sale of window coverings that are designed with hazardous, accessible cords is the only way to stop children from strangling on window blind coverings. I applaud the actions of the CPSC staff and urge the Commission to move the petition forward. For the first time in many years, I am optimistic that the trend of child fatalities, which has been unabated for decades, will finally be halted.” stated Carol Pollack-Nelson, Ph.D. of Independent Safety Consulting.

Consumer Federation of America is an association of nearly 300 nonprofit consumer organizations that was established in 1968 to advance the consumer interest through research, advocacy, and education. www.consumerfed.org

Parents for Window Blind Safety is a non profit organization that supports parents whose children have been seriously injured or killed by dangerous cords, educates consumers about the dangers of accessible window covering cords in homes, daycare facilities, and military housing, helps create safer standards in the industry, encourages innovation of safer products in the industry, and tests window covering products for safety. www.parentsforwindowblindsafety.org

Kids In Danger (KID) is a nonprofit organization dedicated to protecting children by improving children’s product safety. KID was founded in 1998 by the parents of sixteen-month-old Danny Keysar who died in his Chicago childcare home when a portable crib collapsed around his neck. www.KidsInDanger.org

Consumers Union is the public policy and advocacy division of Consumer Reports. Consumers Union works for a fair, just, and safe marketplace for all consumers, and to empower consumers to protect themselves, in the areas of telecommunications reform, health reform, food and product safety, financial reform, and other consumer issues. Consumer Reports is the world’s largest independent product-testing organization. Using its more than 50 labs, auto test center, and survey research center, the nonprofit rates thousands of products and services annually. Founded in 1936, Consumer Reports has over 8 million subscribers to its magazine, website, and other publications. www.consumersunion.org

U.S. PIRG is the federation of state Public Interest Research Groups. PIRGs are non-profit, non-partisan organizations that take on powerful interests on behalf of their members. www.uspirg.org.