Sunday, August 9, was like every other Sunday. We got up, had breakfast and went to Mass. After church, the kids had leftover pizza for lunch and I got the little ones ready for a nap. The next time I saw Angel, (about 20 minutes later) he was dead. He had hanged himself on a cord from the window blind in his bedroom.

I had the blinds in the raised position and the cord was tied at the top of the window that I thought the kids couldn’t reach. Hanna later told a police detective that she reached the cord by standing on the window sill and pulling it down. The cord came down tangled creating the loop that strangled Angel. They were pretending it was a zip line like the cartoon character, Go-Diego-Go, uses on tv.

There is NO SAFE WINDOW BLIND. Even blinds with the separate cords and the tassels have killed children.

Please, remove all blinds and all window items with cords from your home. No one should ever find their little child dead. The pain is unbearable. 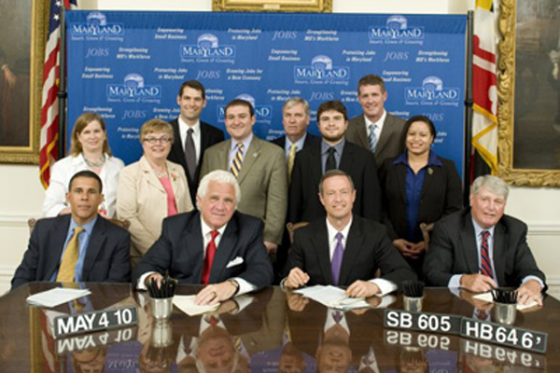 Governor of Maryland, Martin O’Malley, signed a new law on May 4, 2010 banning corded window treatments in daycares and foster homes. It will go into effect on October 1, 2010.

The bill was sponsored by Nancy King (on the left in the pink shirt) and Kirill Reznik (in middle with the green jacket and striped tie) and passed by Governor O’Malley (in the front with the purple tie).

Thank you, Maryland, for helping protect our little ones.